Born on May 8, 1913, Ferdinand Henry John Zivcich became known to the world as Fritzie Zivic, “The Croat Comet.”

Fritzie grew up in the Lawrenceville section of Pittsburgh, Pennsylvania. He was by some accounts “a good for nothing, juvenile delinquent.” He followed four older brothers into the boxing ring and the five became known as the fighting Zivics. Fritzie became the best known of the five when on October 4, 1940, he battered Henry “Hammering Hank” Armstrong at Madison Square Garden to capture the Welterweight Championship of the world.

His early training as a boxer was at the Willow Club in Lawrenceville under Jack Metz. 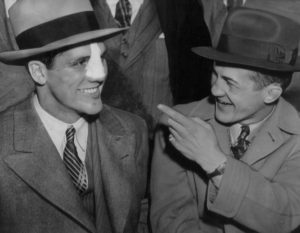 Fritzie is amused by fellow Pittsburgh champion boxer Billy Conn’s nose plaster. Conn was injured in his victory over Lee Savold. Fritzie never bothered to get his squashed nose fixed, probably because it made him look more fearsome in the ring. This photo appeared in the December 3, 1940 Pittsburgh Sun-Telegraph. At the time, Billy held the world light heavyweight championship and Fritzie the world welterweight title.

Despite his dirty tactics of thumbing his opponents in the eyes and hitting below the belt Zivic was one of the most popular boxers of his day and drew large crowds everywhere he fought. He was well known as “Gentlemanly dirty fighter” who always apologized every single time his thumb found an eye socket or his fist found its way to a forbidden zone.

Fritzie held the world champion title for only eight months. He then lost it to Red Cochran.

Here is the radio broadcast of the final 12th round of the second Henry Armstrong fight on January 17, 1941. The announcers on New York’s NBC station WJZ are Sam Taub and Bill Stern. Fritzie speaks at the end of the fight.

He had an impressive count of 230 fights under his belt before retiring. He had 155 wins (80 by KO’s), 65 losses by decision and 10 draws. He was only knocked out 3 times. A blow by blow account of his boxing career is recorded in the book Champ Fritzie Zivic . . . the Life and Times of the Croat Comet by Joseph M Pavlak (“timpav“) . 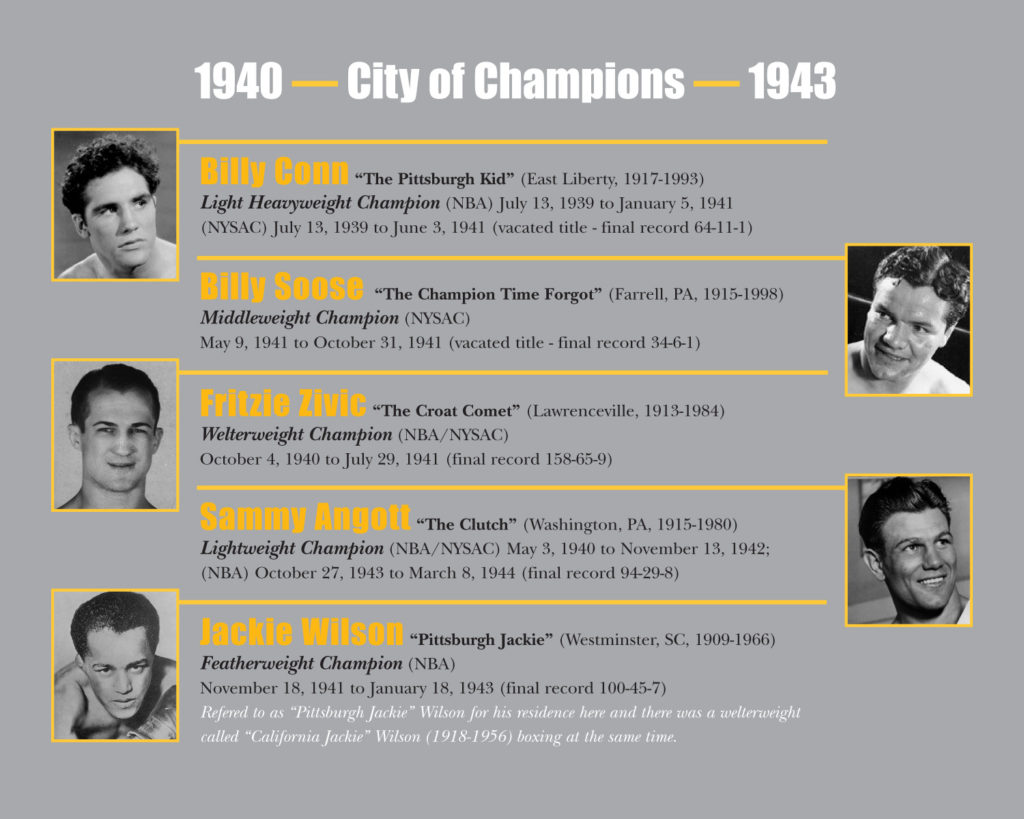 Fritzie was one of five Pittsburgh area boxers who held championship titles between 1940 and 1943. At the time, there were only eight weight division titles for the two boxing governing organizations, NBA (Nation Boxing Association) and NYSAC (New York State Athletic Commission). Click to enlarge.

After retiring, Fritzie purchased his own fighting arena and ran a school to teach boys how to box. It was said he always taught the kids how to be gentlemen inside the ring and out, and never permitted the dirty tactics for which he was so well known.

Fritzie died after a long bout with Alzheimer’s Disease in 1984 at the age of 71. 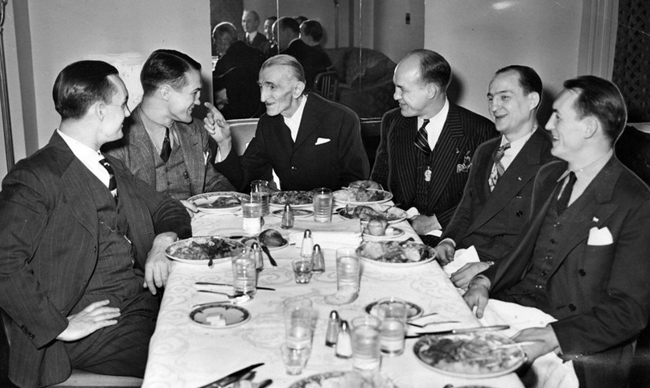 Meeting of the minds as the Zivic brothers dine with famed electronics inventor, Nikola Tesla who seems fascinated by Fritzie’s nose. From left to right are Joe, Fritzie, Dr. Tesla, Jack, Pete, and Eddie. This photo appeared in the January 19, 1941 issue of the Pittsburgh Press.